Research UK and TravelCare (an independent registered charity
that has assisted troubled passengers at Gatwick since 1986) are the three charities chosen by the airport to benefit from fundraising by staff over 2015.

The choir was the first of more than 30 musical groups performing at the South Terminal over the holiday season. 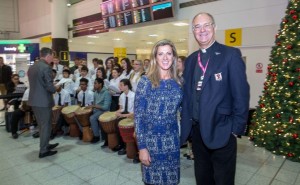 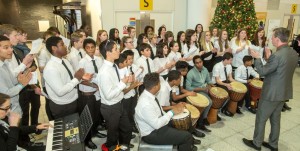